The dancer is a female goalie with short, frizzy green and yellow hair. She is wearing a green tied crop top with a yellow collar, yellow and dark green shorts, yellow knee high socks, and green sneakers with yellow laces.

The background is a soccer (football outside of the U.S.) field where the dancer is the goalkeeper. The audience is turquoise and is holding up banners that say "RUN RUN RUN" and "VIVA FUTEBOL." Square LED lights are circled in the arena and the sky is at nighttime. A giant green and yellow soccer ball appears at the end of the routine, which the goalkeeper kicks to the screen. The dancer's reflection is visible on the ground.

The mashup is unlocked by collecting 5 stars, the first unlockable mashup in-game.

There are 4 Gold Moves in this routine: 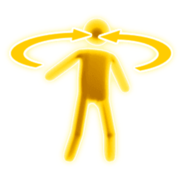 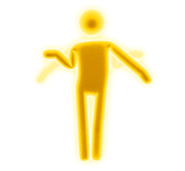 There are 1 Gold Move in this mashup:

Gold Move
Add a photo to this gallery 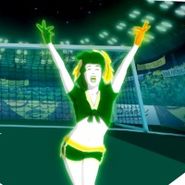 Futebol Crazy (Mashup)
Add a photo to this gallery